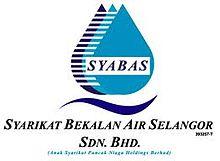 Its Project and Non-Revenue Water Division executive director Yusof Badawi said of the total, 812km-long of the pipelines had already been repaired, involving a cost of RM400 million.

"The three states have a total of 25,650km of existing water pipelines, 6,423km of which were old and the repair works on these old pipelines had begun since 2005.

"However, since 2008 until now, the project had to be called off as Syabas' capital expenditure (capex) has been frozen by the Selangor government to make way for the restructuring of the water services industry in the three states," he told reporters at a briefing session on old pipeline replacement project in Kampung Baru here Tuesday.

Yusof said ever since its capex been frozen, Syabas could not implement the project to replace the remaining 5,611km of old water pipelines.